IR plans to revamp its stations 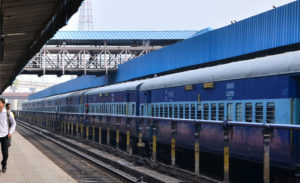 Under its station redevelopment and beautification initiative, Indian Railways is planning to upgrade the basic infrastructure of the stations and also providing various modern passenger-friendly amenities & facilities. The transformation of the railway stations into world-class airport-like hubs is being carried out by the Indian Railway Stations Development Corporation Limited. While focusing on upgrading its trains, Indian Railways is also looking to take its station infrastructure to another level.

The Habibganj railway station in Madhya Pradesh is the first station that is being redeveloped on the lines of Germany’s Heidelberg railway station. The station will boast a glass dome-like structure, serving as the station entrance. Designed as “green building” with LED lighting, the station is being provided with cafeterias, food plaza, and a plush waiting lounge. The station is being modernized by IRSDC along with a private firm ( the Bansal Group) under the PPP (Public-Private Partnership) model.

Gandhinagar railway station will boast a dedicated transit hall with over 600 seats for passengers. The hall will also be provided with kiosks, toilets, food stalls, book stalls, and shops. A 5-star hotel is also set to come up above the station premises. Similarly, Surat railway station will be transformed into a multi-modal transport hub (MMTH) which will include a swanky railway station, modular passenger friendly concourse, wide station lobby, seamless boarding facilities, big ticketing hall, retail and offices space in the commercial towers, bus terminal and linking bridges among other facilities. Moreover, the MMTH will be connected to the BRTS, Surat metro and suburban network.