5625 cameras to be set up across Mumbai 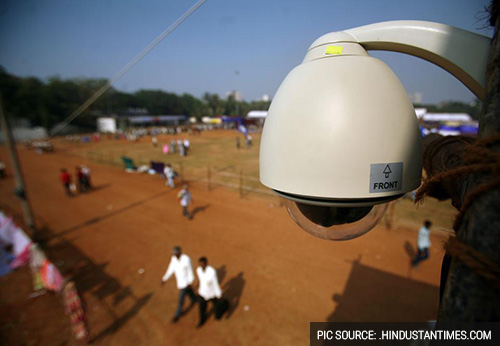 Following the success of the first phase of installing closed circuit television (CCTV) cameras across Mumbai, the state government has decided to add 5,625 more such cameras at 2,047 locations at the cost of ₹323Cr. Nearly 1,700 CCTV cameras have been sponsored by the Central government as part of its contribution under the Nirbhaya Fund. The state hopes to install at least half of the 5,625 cameras within the next three months.

In September 2017, the first phase of installing a city-wide CCTV network went live with 4,746 cameras on 2,293 poles at 1,512 locations. The contract was carried out by Larsen & Toubro (L&T). This time, CCTV cameras will be placed at locations with high crime rates and poor internet network.

Nearly 1,700 cameras have been sponsored by Central government as part of its contribution from the Nirbhaya Fund to eight cities across the country. Under the Nirbhaya Fund, a special programme for women’s safety is being implemented for Mumbai at the cost of ₹252Cr, of it around ₹100Cr is for the strengthening of the CCTV surveillance.