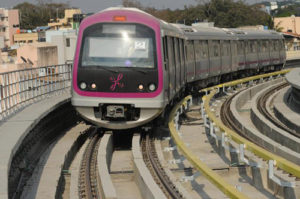 As per media reports, Bangalore Metro Rail Corporation Ltd has signed a deal with Asian Infrastructure Investment Bank (AIIB) on Tuesday. According to the deal, AIIB has lend funds worth Rs 2300 crore to Bengaluru Metro. This loan is for the Phase II project. The funds will be used in the construction of the 14-km Dairy circle – Nagawara underground Metro line, which is part of Reach 6 (Gottigere – Nagawara) of Phase II. Already, the BMRCL has awarded the contract for constructing 7-km underground stretch and bids are being evaluated for the remaining 7-km stretch.

AIIB has also raised funds worth 500 million Euros from the European Investment Bank (EIB) for the Phase II project. The sovereign loan agreement with the EIB for the first tranche of Euro 300 million was signed in October 2017. The second trance of Euro 200 million loan was signed in September 2018. Other than the cost of acquiring land and shifting utilities, the construction of 14-km underground stretch alone is expected to cost around Rs 5,000 crore.

The BMRCL had the responsibility to raise a long-term loan of around Rs 12,000 crore for the construction of the 72-km Phase II network, estimated to cost over Rs 26,000 crore. The BMRCL has tied up funds to the tune of 7,300 crores and hopes to raise the remaining funds in due course of time.